Pros and cons of the Hammersmith Bridge closure

Reports of the closure of Hammersmith Bridge in the media have taken the viewpoint that it is a complete disaster, and every effort must be made to re-open the bridge to motorised traffic.

But is it really such a problem? Are there any benefits of the current situation? 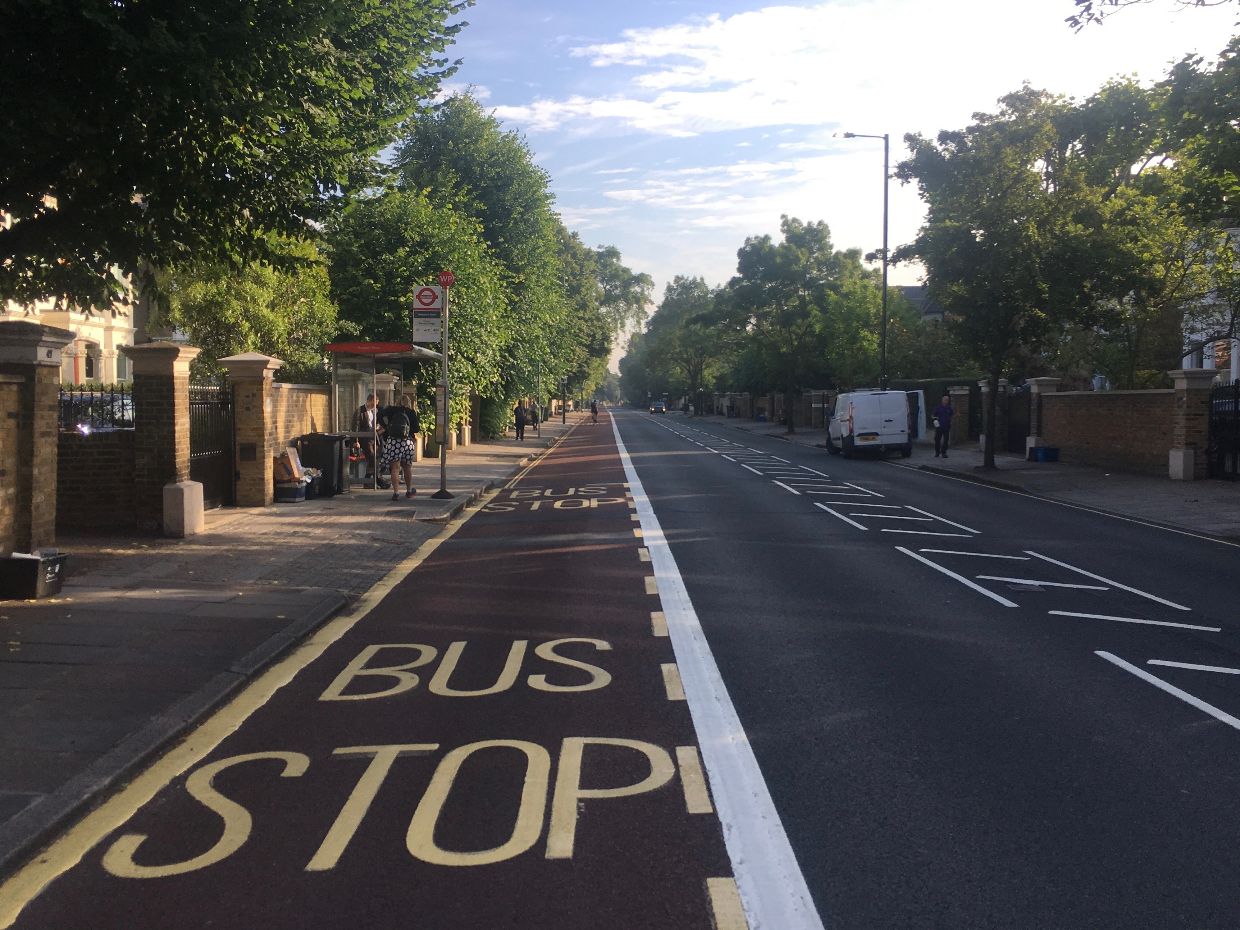 Traffic has disappeared from Castelnau

Before the closure, enormous traffic jams would block Castelnau (the road leading to the bridge on the southern side). It could take 15-30 minutes to travel the 1.5km (just under a mile) from the Red Lion junction to the bridge in the morning, and a similar time to make the journey in the opposite direction in the evening. Luckily, there is a bus lane for northbound traffic, so the journey was much quicker by bus, but the buses running from the bridge towards Barnes were caught up in traffic.

Now, there are no traffic jams at all; the journey takes only a couple of minutes in either direction, and the amount of pollution in Castelnau is hugely reduced.

Before the "closure", crossing the bridge by non-motorised means was not pleasant. The walkways would shudder because of traffic vibrations and pedestrians would be assaulted with constant noise and fumes from the cars and buses on the bridge. People who rode bicycles on the roadway had to cope with a dangerous surface, while motorists would often attempt to overtake with little room to do so.

Since April 10th, the journey over the bridge provides a few minutes of calm and respite from the bustle of the city. The road surface is still terrible, of course, but now people on bikes have space to dodge round the potholes, and they don't have to fear being flung under a car if they do come a cropper.

And people walking across the bridge can do so in peace and quiet, without breathing in the exhaust fumes of the traffic that used to jam the bridge.

Benefits for businesses near the bridge

Locals will know that it's very pleasant on a sunny day to sit outside the pubs near the bridge (the Rutland Arms, the Blue Anchor and the Old City Arms on the Hammersmith side, and The Bridge on the Barnes side). But when traffic was crossing the bridge, it wasn't very nice, especially at the latter two pubs which are by the road, because of the amount of traffic fumes and noise.

Now it's peaceful, and perfect for enjoying a nice drink in the [much fresher] air, and of course there's a constant stream of pedestrians passing by who could be tempted in to slake their thirst.

Similarly, the other businesses near the bridge now have the opportunity to engage with the increased number of pedestrians passing their doors.

Yes, it may well be harder for some people to reach Hammersmith from south of the river. Also, services such as FiSH, who run buses to transport elderly people around the local area, are being held up in the heavier traffic created by cars diverting to Chiswick and Putney bridges. These are not trivial problems. I have heard of local initiatives to find answers to them, and hopefully these will produce results.

LBHF say that they are trying to start an electric buggy shuttle service across the bridge. However, it's hard to get hold of suitable vehicles, such as golf carts. There aren't many in the country, and only two firms actually make them. Nevertheless, they say that they hope to open the service within 3-4 weeks - i.e. by early to mid July.

UPDATE 29th July 2019: the Barnes Community Association report that their e-pedal taxi service is now up and running. Read more

Problems for businesses near the bridge

According to some reports, businesses near Hammersmith Bridge are reporting some loss of custom. This is, of course, a pity. I'm a bit puzzled, though - it's not as if any of the traffic heading over the bridge was able to stop, even if it had wanted to, to patronise local shops. And who knows? Maybe local people who had been put off by the traffic might return to local shops in time.

And, as Ross Lydall, City Hall Editor of the Evening Standard noted: "At least the bridge remains open to walkers and cyclists. Until political leaders wake up and smell the coffee, surely it’s the perfect spot for pop-up stalls? Savvy traders need not suffer from loss of through traffic."

Results of first data collection from shops on the castelnau parade, just south of #hammersmithbridge - 43% reported no change to average income since closure, 22% say business now doing better, 35% say business straggling (most of them rely on car deliveries to h&f) @TCMBarnes pic.twitter.com/HddZtT9NoV

Has pollution in surrounding areas increased?

You would expect that the closure of Hammersmith Bridge to cars would increase pollution in neighbouring areas. But in fact, it hasn't.

Traffic on other roads in the area has increased

Since April 10th traffic on other roads in the area has increased, as motorists divert to Putney or Chiswick bridges to get across the river, particularly in rush hour. But in time, some of them may give up using a car for their commute and turn to other forms of transport such as walking, cycling or using public transport, benefitting both themselves and the rest of us. This phenomenon is known as traffic evaporation, and is well documented.

It's probably worth remembering two things. First, the traffic on surrounding roads was always bad in the mornings and evenings. It really doesn't take a huge increase in the number of vehicles to make it seem worse. Second, what is "traffic" actually made of? It's mainly private cars (most with a single occupant). I know this, because I cycle past a great deal of traffic. If you don't like sitting in traffic... well, do I really need to state the obvious?

Next: Making the best of it →

N.B. Hammersmith Bridge is only closed to motorised traffic. Pedestrians and people on bicycles can still cross it.