The closure of Hammersmith Bridge 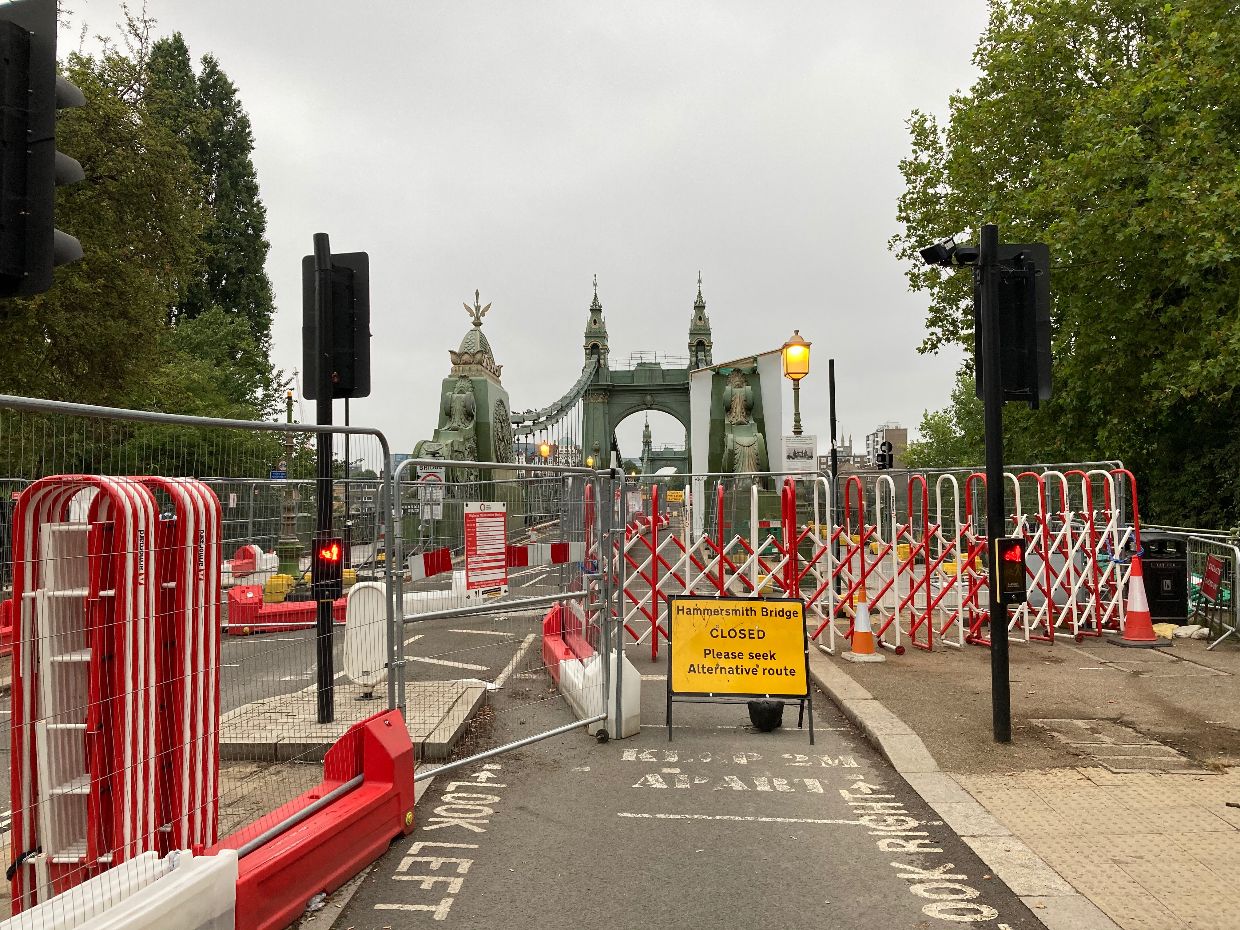 Hammersmith Bridge was closed to motor traffic on April 10th 2019. It's important to understand that it wasn't closed on a whim, or because of "Health & Safety gone mad".

In 2015, Hammersmith & Fulham started to spend over £5m on regular checks of the bridge. They installed sensors all over the bridge, and made weekly checks of the structure.

It was one of these checks that revealed a few very small cracks - "micro-cracks" - in the structure of the pedestals. LBHF decided to close the bridge immediately, because, although the cracks were small, they revealed that the structure of the bridge had been weakened. Because it is made of cast iron, it could have shattered at any time. To date, five of these micro-cracks have been found.

The cause of the cracking goes back many years. The bridge, like all suspension bridges, was designed to move and flex to absorb shocks and vibration. In the post war period, weather, wear and vibration all damaged the suspension system, preventing it from flexing. This led to the vibrations from traffic and other sources being channelled directly into the fixed iron structure. While cast iron is very strong, it is also brittle and inflexible. The vibrations stressed the cast iron, creating the cracks in the casings surrounding the bridge’s pedestals.

Since the bridge was closed, LBHF have brought in experts from around the world to survey the bridge and decide how to treat the structural problems.

On 13th August 2020 the bridge was closed completely, including to walkers and people on bicycles, following an increase in size of the cracks in the North-East pedestal due to the hot weather. Boats are prevented from passing under the bridge, and the pedestrian underpasses on each side are closed.

On 17th July 2021, the bridge was reopened to people on foot and on bicycles, and boats were once again allowed to pass underneath.