When the bridge was first closed to cars, there was an initial increase in traffic in surrounding areas, notably Chiswick and Putney bridges. This was caused by people who were used to driving, and simply tried to go by another route.

But plenty of people started to give up their cars, and switched to other forms of transport. For example, it was easy to use a combination of bus and walking to get to Hammersmith tube station, especially in view of the improvement in the return journey. Most people aren't daft - they just want to get from A to B by the most convenient route.

After it was closed to cars, the bridge was being used by around 16,000 people a day, walking and riding bicycles, and this reduced the total amount of traffic in the area: around 9,500 car journeys a day were no longer being made. (See Traffic Evaporation) 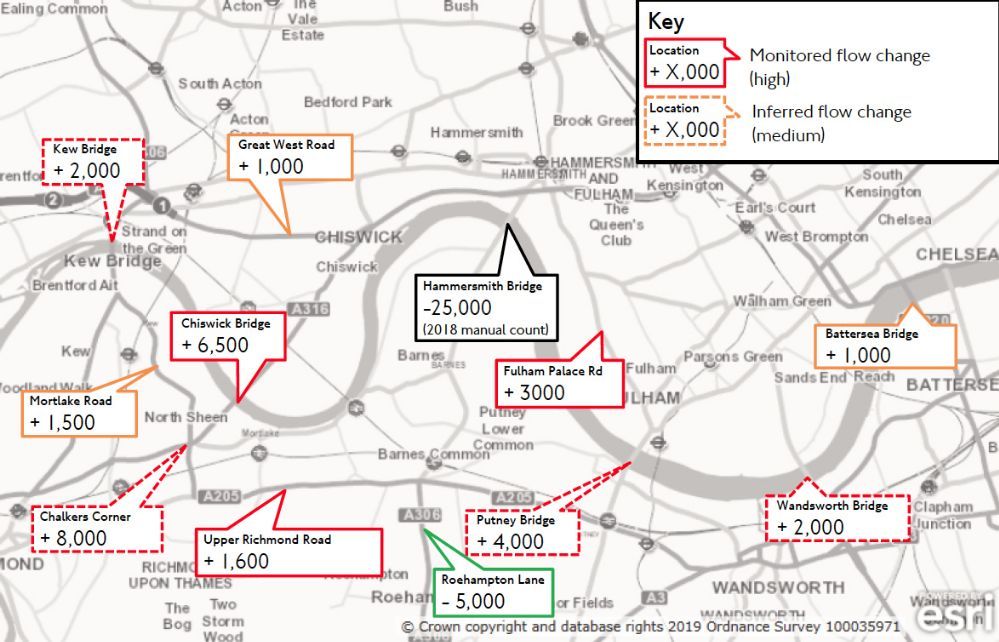 Of course, the Covid-19 pandemic has clouded the issue. Understandably, people are reluctant to travel by public transport, and motor traffic in general has increased. But people are still moaning that traffic has been "displaced" from Hammersmith to the surrounding bridges!

Put it this way: if Hammersmith Bridge was reopened to cars, would the traffic in Putney and Chiswick disappear? Of course it wouldn't.

So let's not pretend that opening the bridge will solve congestion. Let's not let the traffic cross Hammersmith Bridge again.