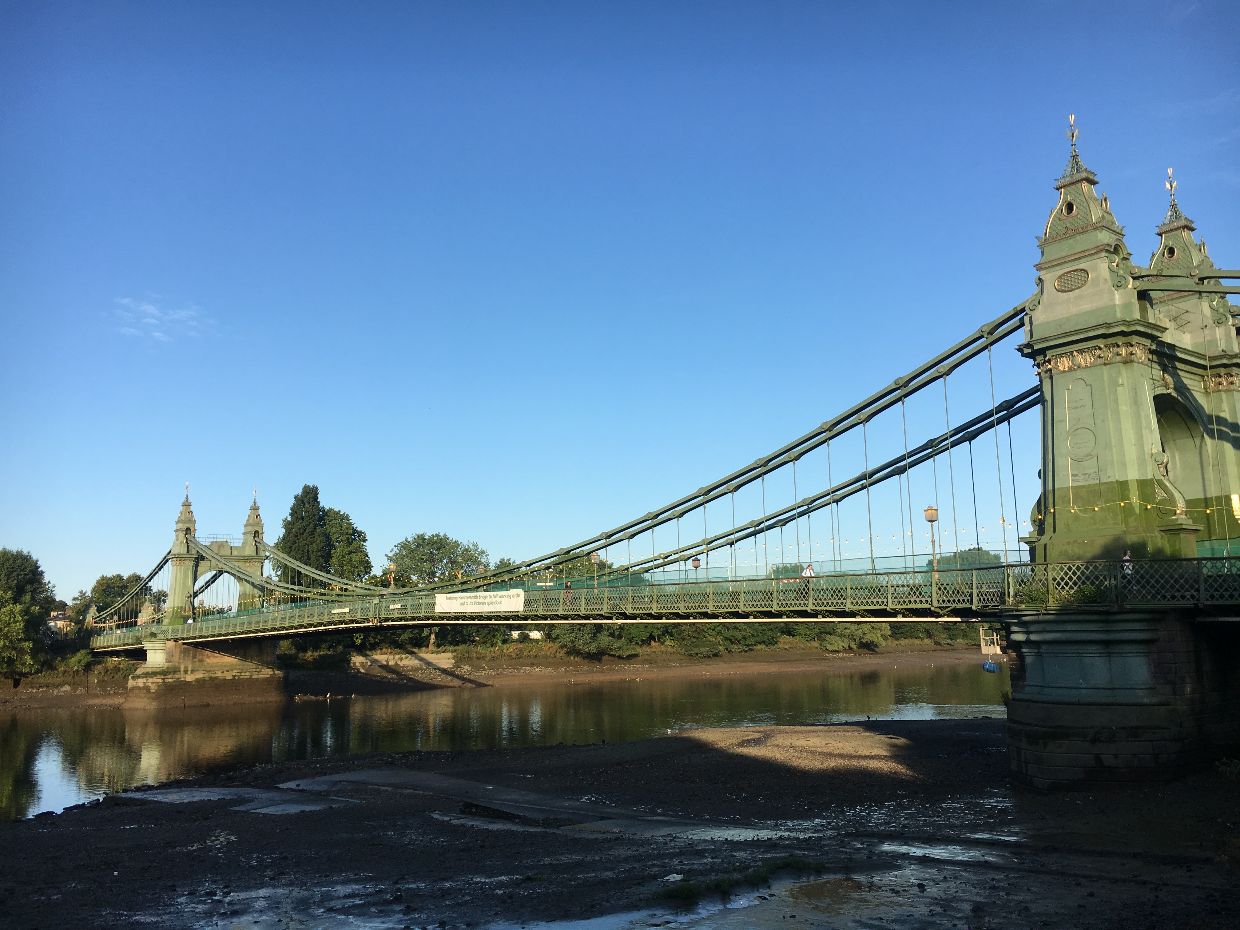 Hammersmith Bridge spans the River Thames between Hammersmith on the North side and Barnes on the South. It was designed by Sir Joseph Bazalgette and opened in 1887, using the same  foundations that were built for an earlier bridge, which had to be replaced because it couldn't cope with the weight of the traffic - even in the 19th century. 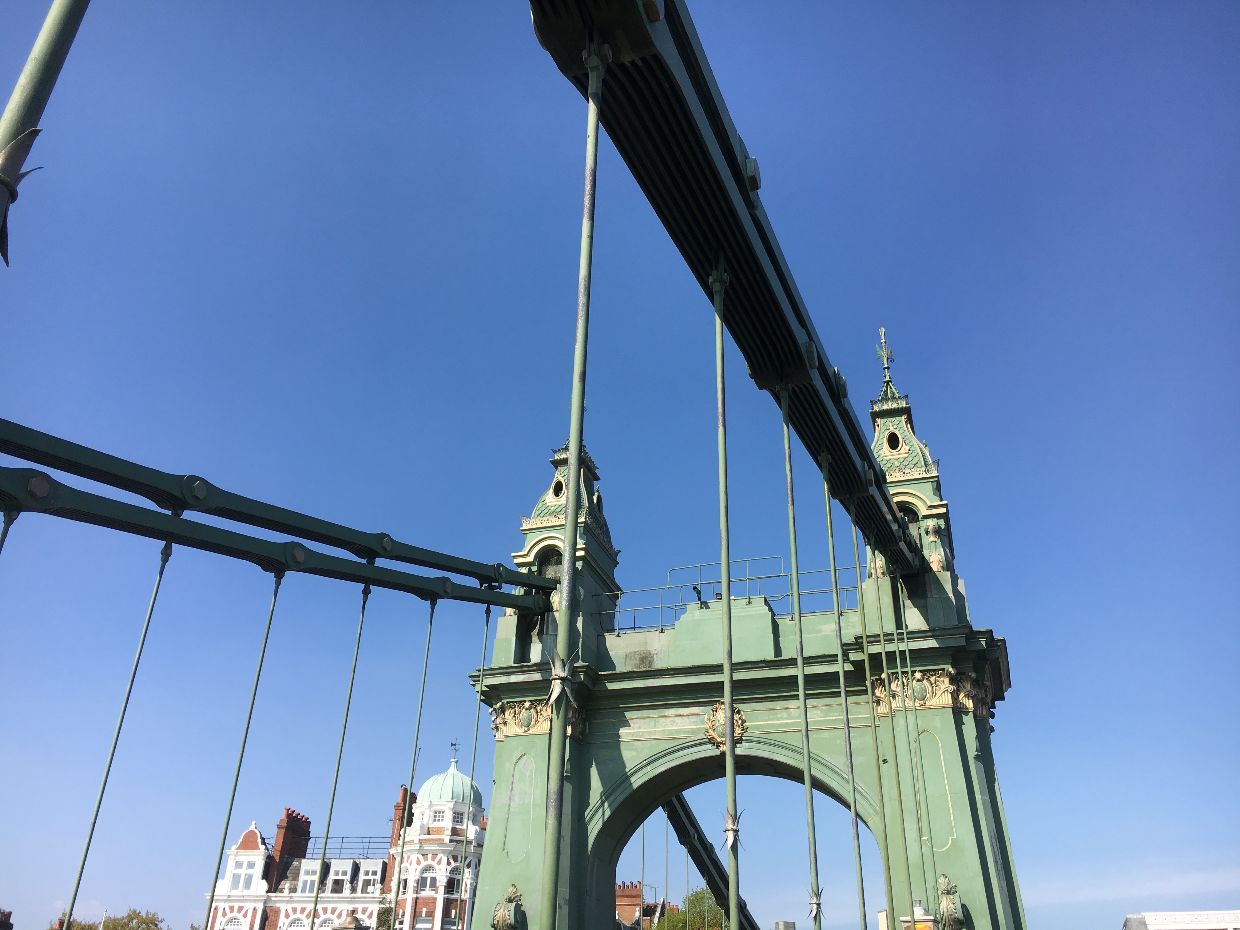 The bridge is 210m long and 13m wide and consists of a central roadway with a walkway on either side. It is a suspension bridge, with large chains - superficially similar to bicycle chains - supporting the road and walkways. There's an urban myth that its green and gold colour scheme is the result of a sponsorship deal with Harrods, but in fact it was always intended to be painted in these colours.

It's London's weakest bridge, and there's a weight limit of 7.5 tonnes on its roadway. Only single-decker buses are allowed, and there's supposed to be a limit of one bus on the bridge at a time. This is controlled by TfL staff at each end of the bridge - but any regular user of the bridge will know that the limit is regularly ignored, and two or even three buses are often seen crossing the bridge at the same time.

The bridge has been closed temporarily several times in the past, either because it broke, or for maintenance, or because of bombing attempts. The most recent closure before the current one was in 2018, for repairs to the road surface, but these had little effect and the roadway is now in terrible condition through having to cope with around 25,000 cars and 1,800 buses a day.

The bridge was closed to motorised traffic on April 10th 2019.

On 13th August 2020 the bridge was closed completely, including to walkers and people on bicycles, and boats were not allowed to travel under the bridge.

On 17th July 2021, it was reopened to pedestrians and bicyclists, and boats were once again allowed to travel under the bridge.

Next: The closure of Hammersmith Bridge →