In an ideal world 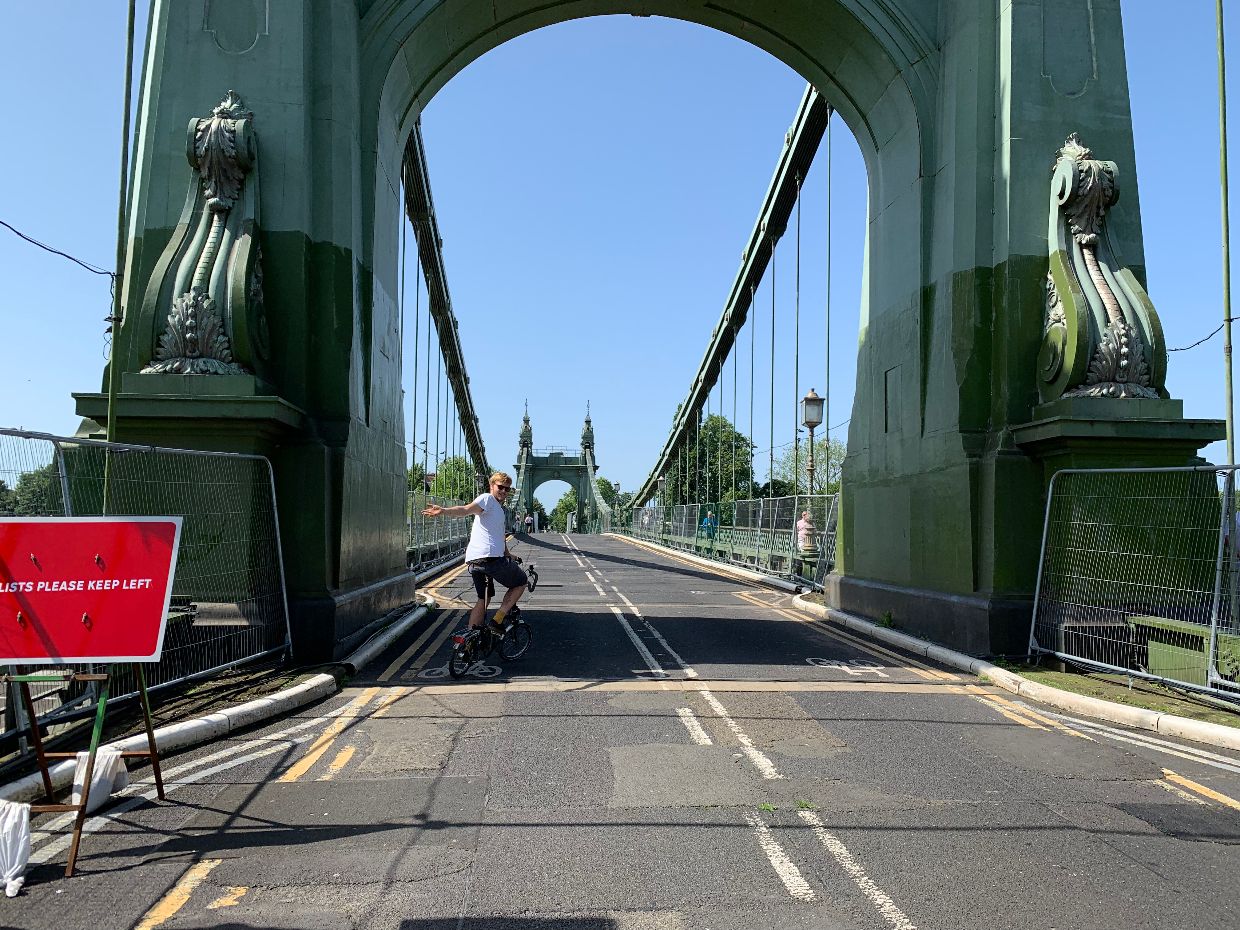 The opening of the bridge to people on foot and on bikes isn't the end of the story. There is no doubt that the bridge still needs to be stabilised, and to be maintained into the future, so there is work to be done.

The bridge has always been pretty flimsy, and there must be a limit to how far the underlying structure can be reinforced. It's Grade II listed, as well, so making huge alterations to the roadway is not an option.

Now, you might ask: if the bridge is strong enough for buses, then surely it can carry cars? But think about it: there is a world of difference between a relatively small number of buses, and the constant pounding from private cars. It's worth remembering, too, that cars are getting larger and heavier, especially now that more people are moving to electric cars.

I believe that it's vital to ensure that everyone is able to cross the bridge easily, including those who have difficulty walking from Castelnau to Hammersmith Station.

In an ideal world, people would be able to walk or cycle across the bridge, and buses would be allowed across as well. If that's not possible, it would be a good idea to set up a transport solution to take those less able to walk from Castelnau to Hammersmith tube station, such as the e-taxi service that briefly operated at the start of the closure.

It would also make sense to allow people on e-scooters to cross. Why not? If someone stops using a car, and switches to a scooter instead, it's one less car on the road.

And questions have been raised about whether or not ambulances could be allowed to cross. I would say that if they could, it would be great - and, of course, it would be a lot easier for them to do so if the bridge wasn't jammed with cars.

But if cars are allowed to cross again, it will only be a matter of time before the bridge is damaged once more.

So let's not waste time, money and effort to try to fix the bridge for cars. Let's not let the traffic cross Hammersmith Bridge again.