A floating bridge coupled with a navigable pontoon has been tabled as a possible solution for the temporary ferry service planned to run alongside Hammersmith Bridge.

The Manser Practice first suggested running a ferry shuttle service at the site when the bridge was first shut to motorised traffic last year. It has now tabled revised plans for the Hammersmith Bridge Taskforce to consider. 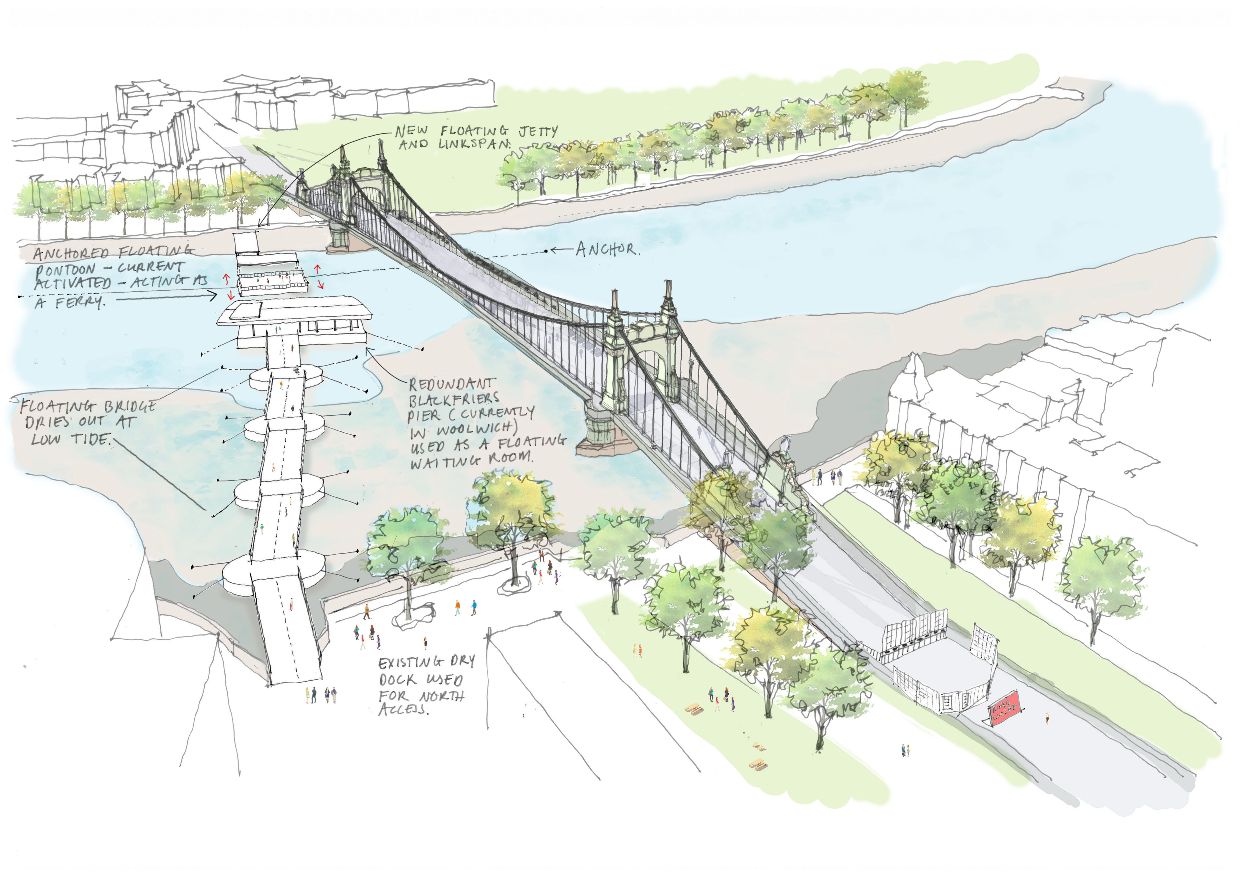 Read the full article on the New Civil Engineer website

Well, this is something different - a genuinely brainy idea from The Manser Practice.

It would require a bit of modification of the shore at each side, but it's well thought out. It would cope with the tidal range and flow, and in fact would use the river's current to power the ferry itself. It would repurpose the disused Blackfriars Pier, which is currently stored at Woolwich. And it's a tested idea: a similar ferry operates on the Rhine in Basel.

It would provide a temporary crossing for pedestrians and bicycles while the bridge itself is being fixed. The only thing it won't do is solve the problem of boats being prevented from travelling under the bridge.

At first sight, it looks like a low-cost solution that could be put in place relatively quickly. The Manser Practice deserves a big pat on the back.

P.S. Those with good memories will recall an article in the Evening Standard last October, describing another innovative idea from The Manser Practice, who are based right next to the bridge. The article mentioned that most of The Practice's 40 staff were in favour of the bridge remaining closed to traffic. It said this would reduce pollution and encourage people to walk or cycle more.