Q&A with LBRUT, LBHF and TfL 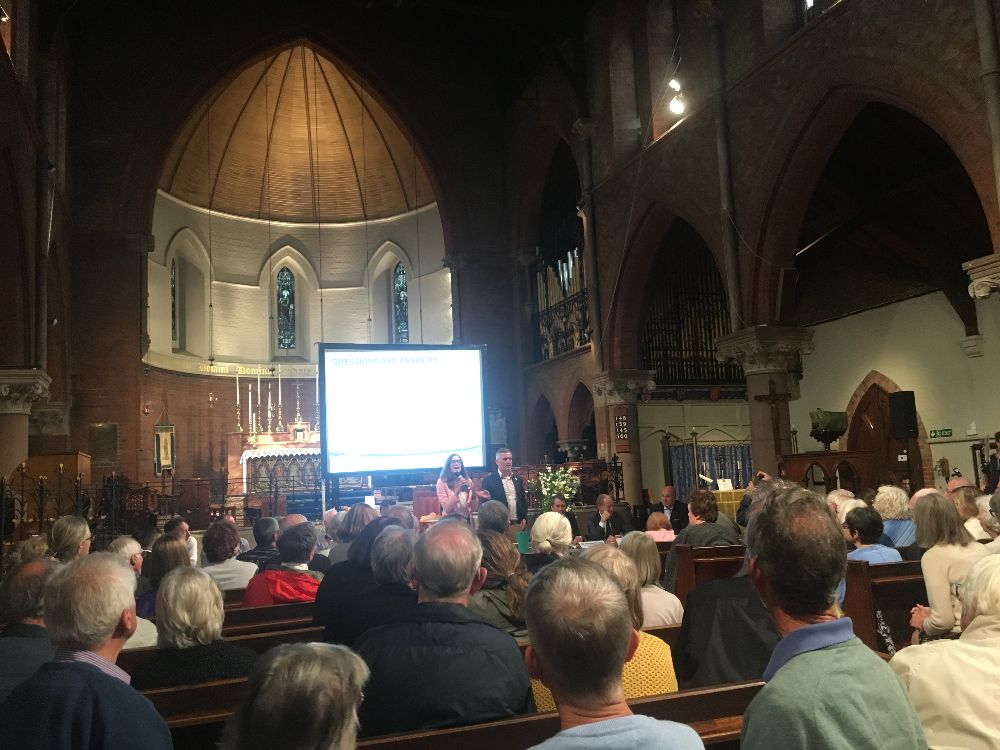 There was a Q&A session at St Michael and All Angels Church in Elm Bank Gardens tonight. In fact, there were two sessions, because the meeting was so over-subscribed.

After presentations by both councils and Transport for London, the meeting was opened up to questions from the floor.

The key points I noted were:

The answers to many questions can be found on the Hammersmith & Fulham website.

And don't forget, there is a consultation on LBRUT's website about the bridge, which must be answered by 16th July.

Tonight's meetings were recorded on video, and, if you have a spare hour and a half, you can watch the first session below. (There's an excellent question by Charles Campion at 51:30.)

And here's the second session...