A disappointing response from local politicians 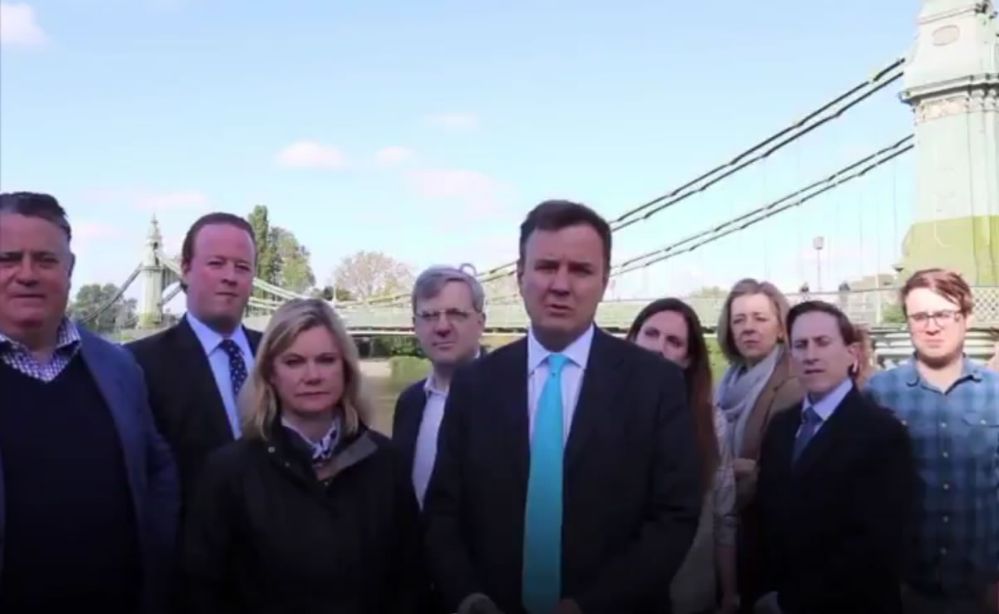 Local Conservative politicians have released a video attacking the local council and Sadiq Khan for the "closure" of Hammersmith Bridge.

I don't want this to be a political website, and I'll support anyone with a sustainable vision for the future of Hammersmith Bridge. However, apart from looking like a poor Sopranos tribute act, these politicians show a complete lack of ideas and imagination in this deeply disappointing video.

They have politicised the "closure" of the bridge, blaming it on a row between two Labour-run authorities. This is nonsense: the bridge has been closed because it has been dangerously weakened by the constant pounding it has had over the years from motorised traffic.

Justine Greening - of whom we might have expected better - claims that her consituents in Roehampton are finding it "impossible to get their daily commutes done". Really? It's actually impossible?

Greg Hands claims that the diverted traffic is causing "great pain" to his Fulham consituents. In a vague way, he complains about extra traffic "going up the whole area". What does that mean?

And Stephen Greenhalgh, whose sole interest seems to be campaigning for the creation of a role of Mayor of Hammersmith and Fulham, so that he can install himself in it, says that after a month there is "absolutely no plan". But what is his plan? Unsurprisingly, he doesn't say. (In the past, he's said that one idea might be "to build a new independent structural deck, maintaining the old structure". I don't think he's a qualified structural engineer.)

These people are elected to lead us. They should show actual leadership, with a vision for a better future, instead of this disappointing, backward-looking waffle.