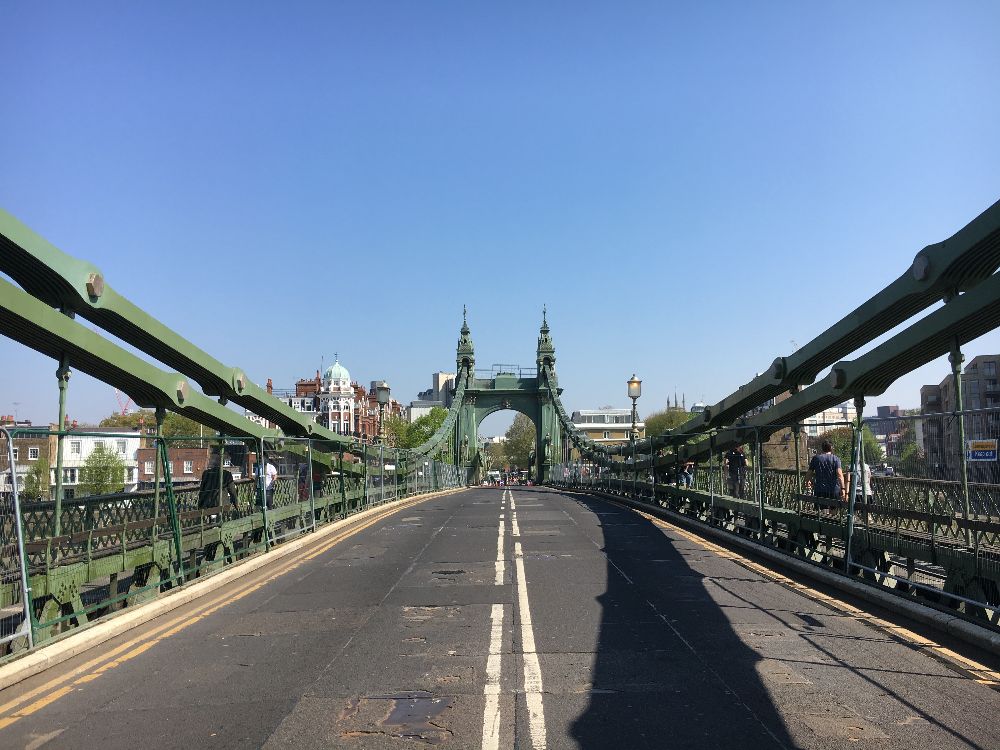 The central roadway of Hammersmith Bridge is once again open to people on bicycles.

The barriers that had been placed across the ends of the bridge have been opened up again, and signs indicate that people on bikes should use the roadway instead of the walkways. 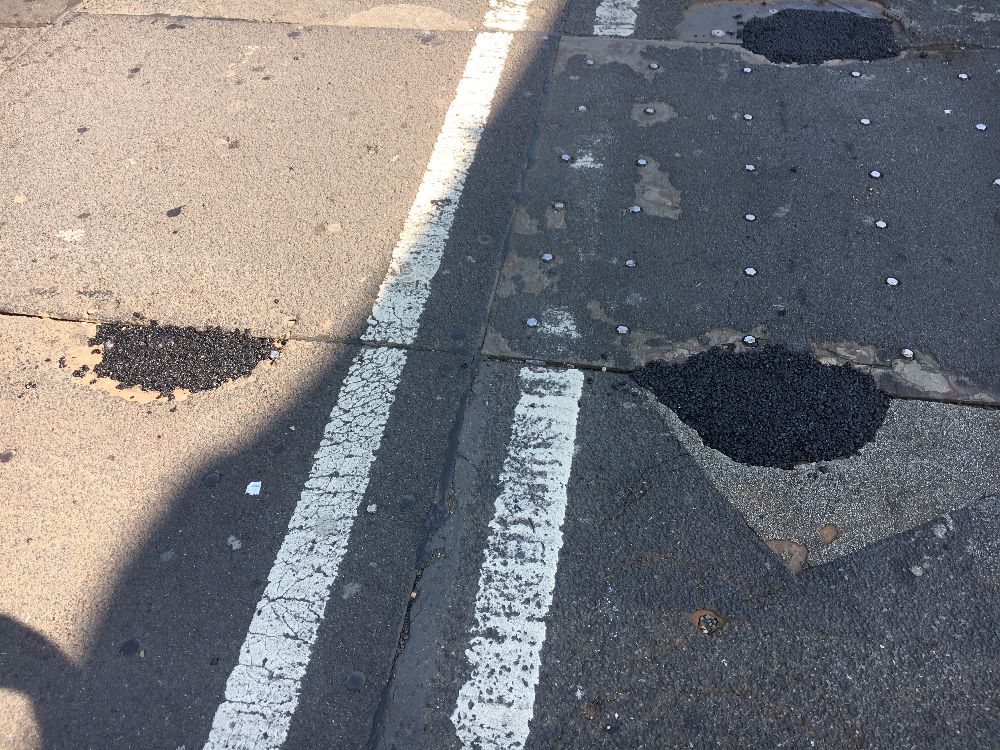 The worst holes have been patched up with tarmac, no doubt in an effort to make the surface safer for bicycles. At least these repairs won't be torn to shreds by car tyres within a day or two.

A Conway engineer told me that while the centre was closed, they had tried to get pedestrians to use one walkway and people pushing bikes to use the other, but of course people took no notice. So they have opened the middle again because "it just makes sense".

A special Easter treat? Or will it be like this for the foreseeable future? Let's hope so!